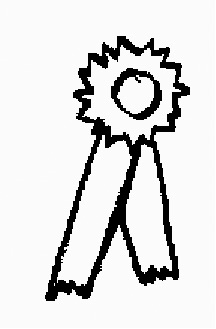 The theme for this year might be “you never know.” You never know when nonfiction will burst with particular lyricism, when fantasy will take a turn for the classic, and when folklore will present so strongly we had to break it out into a separate category. We love a good surprise, though, so we’re very happy with the themes that have emerged and the wonderful array we offer here. You can download the list here.

FICTION:
Barnhill, Kelly. The Girl Who Drank the Moon. Algonquin. Gr. 5-8
A desperate mother, a misunderstood witch, a sage swamp monster, and a girl with abilities beyond her control come into play in this fairy tale–like story, with a mixture of magic, humor, and pathos that readers will savor long after they close the book. (September)

Larbalestier, Justine. My Sister Rosa. Soho Teen. Gr. 9-12
Seventeen-year-old Che fears what his little sister is capable of in this intelligent, suspenseful exploration of the genetics v. environment argument, and the ending will have readers rethinking their notions of evil and questioning the reliability of their own psyche. (October)

Marsh, Katherine. The Door by the Staircase. Disney Hyperion. Gr. 4-6
A splendid mix of traditional Russian folkloric details, magical adventure, and hints of historical fiction, this book has tough-as-nails Mary going up against Baba Yaga, not to fight but to form a family. (February)

Mathieu, Jennifer. Afterward. Roaring Brook. Gr. 9-12
A kidnapping victim must come to terms with his abuse while another family dissolves around tragedy in this searing exploration of the rippling effects of trauma and survival. (September)

O’Guilin, Peadar. The Call. Fickling/Scholastic. Gr. 9-12
In this survival story/fantasy/horror mashup, the Call forces teenagers to fight their through the world of Sidhe, a nightmarish hellscape filled with terrifying creatures bent on killing them. (September)

Savit, Gavriel. Anna and the Swallow Man. Knopf. Gr. 7-10
The atrocities of World War II background this story of unconventional and unconditional love as readers follow Anna through her childhood under the care of the enigmatic Swallow Man. (February)

Stewart, Martin. Riverkeep. Viking. Gr. 8-10
An immersive world (complete with its own dialect) draws readers in to young Wull’s quest to save his father from demon possession; horror buffs, adventure seekers, and fans of folklore will all find something to like here. (September)

Telgemeier, Raina. Ghosts; written and illus. by Raina Telgemeier. Graphix/Scholastic. Gr. 4-6
In this spirited but emotive graphic novel, Cat worries over her sister’s struggle with cystic fibrosis as the residents of her new town prepare for the Day of the Dead celebrations; Telgemeier’s illustrations move smartly from playful to sorrow to joy. (July/August)

Urban, Linda. Weekends With Max and His Dad. Houghton Mifflin Harcourt. Gr. 2-4
Third grader Max grapples with his parents’ divorce and the transitions it brings in this accessible and thoughtful novel; small details and careful attention to Max’s emotions make the story particularly authentic. (June)

Yoon, Nicola. The Sun Is Also a Star. Delacorte. Gr. 7-10
A poet and a self-proclaimed realist spend one fated day together in this romance that eschews traditional tropes and manages a love story that is smart without being cynical. (October)

NONFICTION:
Atkins, Jeannine. Finding Wonders: Three Girls Who Changed Science. Atheneum. Gr. 5-8
Vivid storytelling brings the lives of   three female scientists front and center, laying out the obstacles they faced and the significant contributions they made and setting to rest the argument that math and science are a boys-only club. (June)

Eggers, Dave. This Bridge Will Not Be Gray; illus. Tucker Nichols. McSweeney’s, 2015. Gr. 2-6
Eggers’ streamlined account of the design and building of the Golden Gate Bridge makes a small piece of history into a dramatic tale of engineering, civics, and design. (January)

Jenkins, Steve. Animals by the Numbers: A Book of Animal Infographics; written and illus. by Steve Jenkins. Houghton Mifflin Harcourt. Gr. 3-7
Readers will learn not just about animals but also about presentation of information from this book that cleverly conveys animal facts in creative pie, bar, and flow charts. (December)

Sweet, Melissa. Some Writer!: The Story of E. B. White. Houghton Mifflin Harcourt. Gr. 5-9
This collage-like layout of this biography includes quotes from the author, photographs and original illustrations, handwritten and hand-typed contributions, and clippings of White’s work; the result is a clever, quirky portrayal of a man who possessed those very qualities. (November)

Thornhill, Jan. The Tragic Tale of the Great Auk; written and illus. by Jan Thornhill. Groundwood. Gr. 3-6
With simple, straightforward text and unassuming but haunting illustrations, this nonfiction picture book traces the many factors that brought about the extinction of the flightless seabird. (November)

Turner, Pamela S. Samurai Rising: The Epic Life of Minamoto Yoshitsune; illus. by Gareth Hinds. Charlesbridge. Gr. 5-10
It’s not often that “biography” and “page-turner” come together, but Turner’s tale of the twelfth-century warrior Minamoto Yoshitsune is just the work to draw samurai fans from the manga and movie aisles into the nonfiction shelves. (March)

PICTURE BOOKS:
Alexie, Sherman. Thunder Boy, Jr.; illus. by Yuyi Morales. Little. 4-7 yrs
As much as he loves his dad, Thunder Boy Jr. wants his own name; fortunately, his search ends with affection and affirmation in this beautifully told and joyfully illustrated book. (June)

Brown, Lisa. The Airport Book; written and illus. by Lisa Brown. Porter/Roaring Brook. 4-8 yrs
Viewers will pore over these humorously busy illustrations following the journeys of various passengers through the intricacies of air travel in this humorous but realistic picture book. (June)

Goldsaito, Katrina. The Sound of Silence; illus by Julia Kuo. Little. 4-7 yrs
Yoshio, who lives amid the bustle of Tokyo, rediscovers the sound palette of his life when he searches for silence in this thoughtful and intriguing picture book. (September)

Hatke, Ben. Nobody Likes a Goblin; written and illus. by Ben Hatke. First Second. 4-8 yrs
Viewers will dispute the premise of the title as this endearing little goblin sets off to save his skeleton friend from marauding invaders in this subversive, amusing book. (May)

Haughton, Chris. Goodnight Everyone; written and illus. by Chris Haughton. Candlewick. 1-4 yrs
Glowing high-contrast color is an unusual choice for a bedtime book, but it’s effective in this gently decumulative, carefully structured tale of a little bear resisting sleep. (December)

Isadora, Rachel. I Hear A Pickle (and Smell, See, Touch, and Taste It, Too!); written and illus. by Rachel Isadora. Paulsen/Penguin. 2-4 yrs
This fetching concept book offers a gallery of sensory experiences for each of the five senses modeled in the illustrations by kids in everyday situations. (February)

Long, Matty. Super Happy Magic Forest; written and illus. by Matty Long. Scholastic. Gr. 2-4
Well, the forest is super happy and magical until—gasp!—the Magical Crystals of Life are stolen; a unicorn, a mushroom, a gnome, and centaur must journey to retrieve them in this delightful send-up of classic quest stories. (March)

Pak, Kenard. Goodbye Summer, Hello Autumn; written and illus. by Kenard Pak. Holt. 4-7 yrs
This tale of a little girl’s late summer walk is evocative with seasonal detail, and the illustrations provide an atmospheric look at the onset of fall. (September)

Perkins, Lynne Rae. Frank and Lucky Get Schooled; written and illus. by Lynne Rae Perkins. Greenwillow. Gr. 2-4
What starts out as a simple tale of a boy and his beloved dog turns into a funny and inventive look at the way educational subjects really can be relevant to daily life. (June)

Tonatiuh, Duncan. The Princess and the Warrior: A Tale of Two Volcanoes; ad. and illus. by Duncan Tonatiuh. Abrams. 6-9 yrs
Skillfully stylized art combines with compelling prose in this retelling of the Romeo and Juliet–style legend about two of Mexico’s best-known volcanoes. (November)

Torseter, Øyvind. The Heartless Troll; written and illus. by Øyvind Torseter; tr. by Kari Dickson. Enchanted Lion. Gr. 5-8.
This Norwegian retelling of “The Troll with No Heart in His Body” teeters on the line between picture book and graphic novel with its sophisticated yet comedic visual narrative. (November)